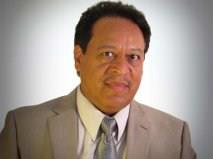 Leonard was born and raised in Texas, having spent the past 13 years in Atlanta. The son of migrant workers, he remembers the rallies of Cesar Chavez promoting human rights and fair treatment for individuals like his parents. This, in part, motivated him to be the first in his family to graduate high school and attend college, earning his degree in economics. Mr. Gomez is also a proud graduate of the GALEO Institute for Leadership and a member of the GALEO Board of Directors.

Councilman Gomez has held prestigious jobs in the IT industry, including: Information Systems Analyst for Texas Instruments and his current position as Distribution Analyst for Georgia Power where he is responsible for the mobile wireless technology and operation process for metro area business units. At Georgia Power, he was selected as the 2012 recipient of the Spirit of Safety Award and 2013 Customer Excellence Award

In 2015, Leonard Gomez was elected by the Grantville City Council to serve as Mayor Pro-Tem.  This election makes Leonard Gomez the first Latino to serve in that capacity in the state of Georgia.  Previously, Leonard was elected as the City of Grantville’s City Council Member representing Coweta County. He cites his involvement with the GALEO Institute for Leadership as the motivation that led him to run for and eventually win an elected position. Through the program he realized that he couldn’t wait around for somebody to create change in his community, he needed the confidence in himself to be that change. His passion comes from helping our Latino community to become economically prosperous and to educate and inspire youth for a stronger America.

Your ticket for the: GALEO Board Member: Leonard Gomez