This page is intended for students, educators and administrator’s of Georgia’s various educational systems to unite towards making in-state tuition for deferred action recipients a reality.  GALEO hopes to serve as a resource for advocates as well as providing constant updates about legislative and judicial progress being made.  If you are interested in our efforts, please consider joining our education advocacy mailing list.

There is no form selected or the form was deleted.

Since our founding, the Georgia Association of Latino Elected Officials (GALEO) has worked with elected officials at various levels to pass legislation that promotes higher education for Latino and immigrant communities.  Commonly known as and referred to as the DREAM act, we advocate for legislation that would make public colleges and universities more accessible and affordable for our communities.

In Georgia, we have been involved with efforts to pass a bill that would grant Deferred Action for Childhood Arrival (DACA) recipients in-state tuition.  In 2015, this bill (SB 44) did not pass the Senate’s higher education committee but we look forward to continue pushing for in-state tuition access for Georgia’s DREAMers. 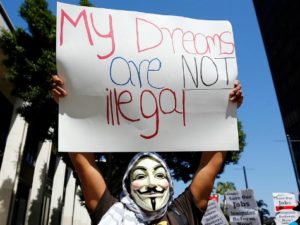 Why is In-State Tuition for DACA Recipients Important?

What Can YOU Do to Help GALEO’s Efforts?

When dealing with community issues, such as in-state tuition for DACA recipients, it is important that all stakeholders are recognized and have their input heard.  In other states where in-state tuition campaigns have been effective, the advocacy voice of teachers and those involved in the education system were crucial for success.  That is why GALEO is pushing for a statewide organization of educators, administrators, and students that support in-state tuition for DACA recipients.  We want to make sure that your voices are heard when the time comes for legislation to be reviewed.

Map of Tuition Equity by State

DACA Back to School Guide for Educators

Your ticket for the: Education Advocacy