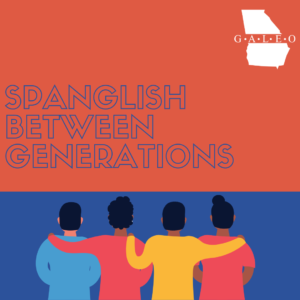 As more and more first-generation Latinx Americans continue to grow up in the United States, Spanglish continues to develop. Spanglish is a recent linguistic phenomenon that blends grammar, syntax, and slang of both English and Spanish. In more recent times, Spanglish has been perceived as a fake, Americanized version of Spanish and has posed the question: is Spanglish a valid language? Spanglish speakers who were raised in the United States make the argument that Spanglish is a newly reformed version of Spanish. On the other hand, Spanish speakers who were raised outside of the United States tend to reject the validity of Spanglish and make the claim that Spanglish is an indication of lack of knowledge in the Spanish language. Many linguists trace Spanglish back to the habit of code-switching which is the tendency to seamlessly switch between English in Spanish. While some may look at this as uneducated, many perceive this linguistic development as a stride towards a progressive and ever-changing Latinx culture.

Speaking Spanglish became popularized with Chicanos and has bled into other Hispanic and Latinx communities present in the United States. This new dialect came about from the blending of English and Spanish to communicate amongst a totally new and unique generation of Latinxs. The incorporation of both English and Spanish vocabulary in the same sentence and even mixing of everyday words such as “parquear”, “troca”, and “lonche” have caused controversy among generations of Latinx-Americans.

In mainstream America, many younger generations of Latinxs are speaking more and more Spanglish. This is in part due to the fact that many are raised speaking Spanish at home and English at school. However, this is perceived by many as a sign of a lack of education and class. Older generations of Latinxs in the U.S. resent this development to their language, claiming it is the American colonization of their native tongue. Among older generations, Spanglish is seen as the white-washing and simplification of their language, which serves to explain their disdain towards this linguistic development. This is made evident with the controversy surrounding Spanglish terms such as “Latinx” because it is seen as an unnecessary change to the language.

To counter this argument, younger generations of Latinxs are speaking Spanglish more fluently in order to accommodate for the influence that the majority Anglo culture in the United States has on their traditional Latinx and Hispanic heritage. Among younger Latinx-Americans, Spanglish is a unique form of linguistic self-expression that blends pivotal parts of two distinct cultures. Over the years, Spanglish has become more politicized, but it seems that younger Spanglish speakers defend this new Spanish dialect and support its development. Spanglish is becoming popular among the younger generation because it is diverging away from gendered nouns and pronouns and even introduces new terms that describe the first-generation Latinx-American experience. These characteristics of Spanglish make it more inclusive to the younger generation of Latinos while still keeping in touch with their cultural roots through language.

Despite the ongoing controversy surrounding Spanglish and its validity as a language, many can agree on the fact that Spanglish is a new development to what can be considered an ancient language. More than that though, Spanglish is an attempt to hold on to tradition and carry it into a generation of diasporic Latinxs. The blending of two distinct languages and the habit of code-switching is an attempt to hold on to a language from a culture shared at home, while generations continue to prosper in a distinct American culture.

Your ticket for the: Spanglish Between Generations