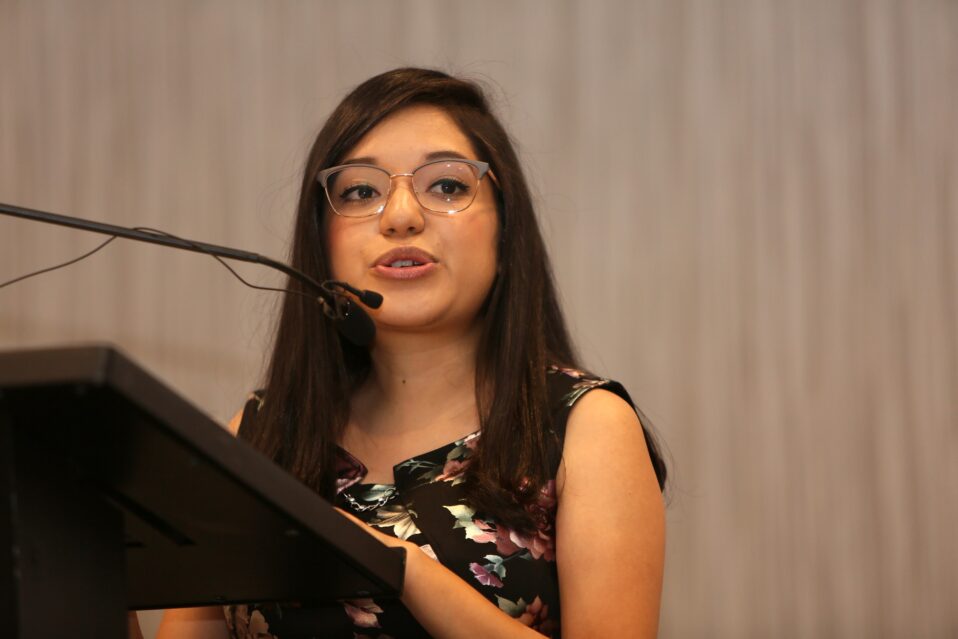 Born in Tlalnepantla, Mexico, Jennifer Zenteno was seven years old when she was brought to Atlanta, Georgia. She graduated from Lakeside High School in Dekalb County where she gained valuable experiences with some of the best Latino focused non-profits in the state. While at LHS, Jennifer worked hard to become a founding member of her high school’s Hispanic Organization Promoting Education (HoPe) chapter. Furthermore, Jennifer is grateful for her mentors at the Latin American Association that helped her see first-hand the importance of mentorship and uplifting the community – values that guide her work to this day.

After graduation, Jennifer received the coveted Goizueta Scholarship to enroll at Georgia Perimeter College (GPC). While at GPC, she served two terms as an SGA Senator and became the first freshman to receive an award from GPC’s Education Achievement Program before transferring to Kennesaw State University.

After years of civic engagement in her community, Jennifer was offered the opportunity to train the next generations of Georgia’s Latino leader with GALEO – the largest Latinx serving organization in Georgia. Since 2018, Jennifer has helped develop over 300 community leaders through GALEO’s leadership programs and has helped foreign-born Georgians naturalize as U.S. Citizens through the New Americans Campaign.

Jennifer continues to volunteer her time to the community she cherishes, serving as the Board Vice Chair for the non-profit GAinesville Familias Unidas, District Supervisor for HoPe, and as a fierce advocate for young leaders and Dreamers in Georgia. Her advocacy has been featured on Fox News, CNN en Espanol, and many local outlets.

One of the visionary leader’s she admires is Roberto C.  Goizueta who once said, “My story boils down to a single, inspiring reality … the reality that a young immigrant could come to this country, be given a chance to work hard and apply his skills, and ultimately earn the opportunity to lead not only a large corporation, but an institution that actually symbolizes the very essence of America and American ideals.”

Your ticket for the: (Former Staff) Jennifer Zenteno