Jerry Gonzalez, GALEO’s CEO, honored and commended by the Georgia House of Representatives with HR305 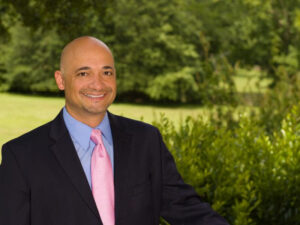 Norcross, Georgia, March 10, 2021 – Jerry Gonzalez, CEO of GALEO, has been honored and commended by the Georgia House of Representatives with HR305.

The House Resolution 305 was led by Georgia State

Representatives Park Cannon of the 58th, Angelika Kausche of the 50th, Shelly Hutchinson of the 107th, Pedro Marin of the 96th, and Zulma Lopez of the 86th. It was read and adopted on March 3rd, along with other House Resolutions honoring other civic leaders promoting an engaged citizenry in our democracy.

Part of the House Resolution 305 reads in part:

WHEREAS, Jerry Gonzalez has long been recognized by the citizens of this state for the important role that he has played in leadership and his deep personal commitment to the welfare of the citizens of Georgia; and

WHEREAS, he has diligently and conscientiously devoted innumerable hours of his time,  talents, and energy toward the betterment of his community and state, as evidenced by his superlative service as the CEO of the Georgia Association of Latino Elected Officials  (GALEO) and the GALEO Latino Community Development Fund (GLCDF)…

WHEREAS, he is a person of magnanimous strengths with an unimpeachable reputation for integrity, intelligence, fairness, and kindness; and

WHEREAS, Jerry has served with honor and distinction with GALEO, and his vision and

unyielding commitment to the empowerment of his fellow citizens have set the standard for civic service; and

WHEREAS, it is abundantly fitting and proper that the outstanding accomplishments and contributions of this remarkable and distinguished Georgian be appropriately recognized.

NOW, THEREFORE, BE IT RESOLVED BY THE HOUSE OF REPRESENTATIVES that

the members of this body recognize and commend Jerry Gonzalez for his efficient, effective, unselfish, and dedicated service to the State of Georgia and extend the most sincere best wishes for continued health and happiness.

“On behalf of GALEO’s Board of Directors, we congratulate Jerry for being recognized and commended by the Georgia House of Representatives for his longstanding leadership and work on behalf of GALEO and the Latino community in Georgia generally. Georgia Latino voter turnout increased by more than 70% in 2020 compared to 2016, and it was partly due to GALEO’s work under Jerry’s leadership. We are proud of Jerry and excited about his continued leadership in our community. His recognition and commendation is well-deserved,” said Art Gambill, Chair of GALEO & the GALEO Latino Community Development Fund.

Your ticket for the: Jerry Gonzalez, GALEO’s CEO, honored and commended by the Georgia House of Representatives with HR305

Jerry Gonzalez, GALEO’s CEO, honored and commended by the Georgia House of Representatives with HR305