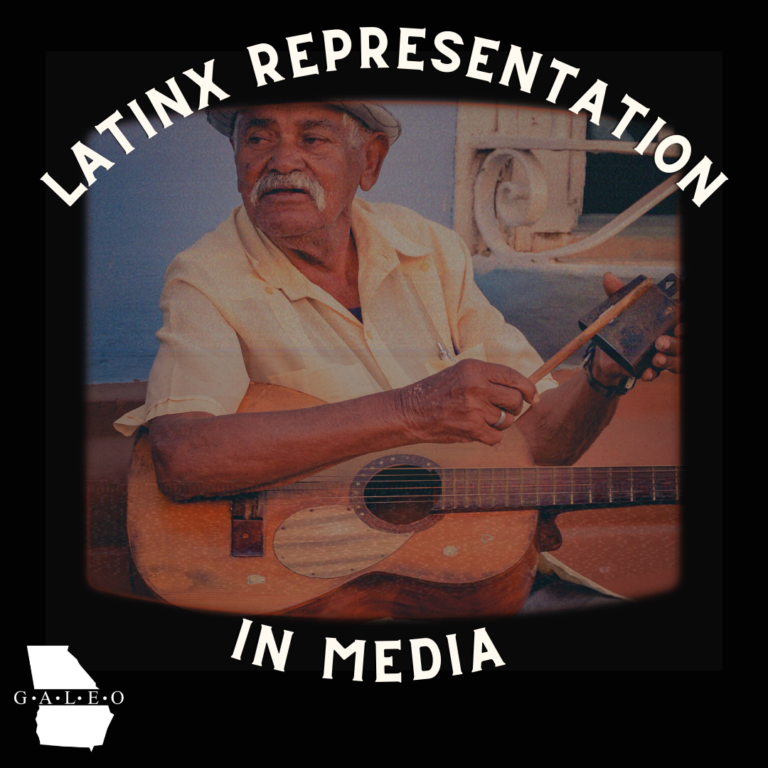 Latinx representation has been lacking in the modern media for a long time in Hollywood, in journalism, and in the news. This underrepresentation of Latinxs in the media is an inaccurate portrayal of the presence and impact that Latinxs have in the United States, while also emphasizing negative stereotypes and colorism. The underrepresentation of Latinxs in American media perpetuates a certain standard of Latinidad and beauty which can cause identity issues within the Latinx and Hispanic community.

As shown by the 2020 U.S. Census Bureau, the Latinx community is one of the fastest-growing communities in the United States. Despite this, the representation of Latinxs in media such as film, television, and journalism has remained stagnant since the twentieth century (Martinez 2021). As shown in a report on diversity in Hollywood by the University of California, Los Angeles (UCLA), Latinxs are actively working in film and TV; however, only less than 13% of all Latinx actors and entertainers get hired (Martinez 2021). A popular thought among many casting directors in Hollywood is that Latinxs are foreigners. This perception of Latinxs turns many directors and networks away from hiring Latinx talent, especially when their target audience is the American general public.

The lack of representation of the Latinx community in mainstream American media disperses an inaccurate portrayal of Latinxs in the United States. The underrepresentation of Latinxs in the media sends out the idea that few Latinxs are in the United States. When the general American public is under the impression that the Latinx community is outnumbered, it perpetuates the idea that they are a marginalized minority with little to no impact in their communities. This notion is false, as exemplified by influential Latinxs who are changing their communities, such as Congresswoman Alexandria Ocasio Cortez, Supreme Court Justice Sonia Sotomayor, Bad Bunny, and many more (NPR 2021).

The minimal representation of the Latinx community in the United States also tends to perpetuate colorism to and from the Latinx community. In many instances, Latinxs in the media are frequently fair-skinned white Latinxs. While the inclusion of Latinxs is progressive, it neglects indigenous and Afro-Latinx communities, consequently setting a eurocentric beauty standard for the Latinx community(Castillo 2021). When Latinxs see this, it causes identity confusion and disconnects when one cannot relate to what the media is demonstrating to be Latinx. For example, in Alfonso Cuarón’s film, Roma, the lead role was given to indigenous Mexican actress Yalitza Aparicio. The film’s release received a lot of backlash and criticism for casting an indigenous woman in the leading role (Castillo 2021). Many Latinxs all over the world have indigenous roots and embrace an indigenous culture. To become aware of all of the criticism towards the casting of an indigenous actress in an Oscar-winning film can influence someone into thinking they don’t fit in within their community.

Castillo, Monica. “The Limitations of ‘Latinidad’: How Colorism Haunts ‘in the Heights.’” NPR,

Martinez, Vanessa, and Aida Ylanan. “Long Underrepresented in Film and TV, Latinos Are

Press, The Associated. “The Lack of Latinos in Media Could Affect How Others View Them, the