Luis Grijalva: A Dreamer in Tokyo 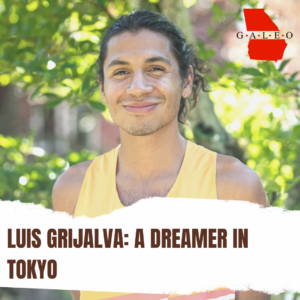 As the excitement of the 2020 Olympic Games settles, athletes are returning home after proudly representing their country. While the return is not as significant for most athletes, for Luis Grijalva, it almost didn’t happen.

Luis Grijalva is an Olympic athlete who set off to Tokyo to represent Guatemala as a long-distance runner and is also a DACA recipient. When qualifying for the games, he faced the challenge of not being able to return to the United States if he chose to leave for Tokyo because of DACA restrictions.

Deferred Action for Childhood Arrivals (DACA) is a program that allows thousands of undocumented immigrants who were brought to the country as children to remain in the United States to work and study. [1]As it currently stands, DACA does not allow for reentry unless it is for special circumstances. Those seeking travel permissions must apply for a reentry permit and be approved. The process is long and costly, which hinders the mobility of DACA recipients.

Grijalva arrived in the United States when he was just one year old and has remained here ever since. After discovering a passion for running, he became a star athlete at a collegiate level after receiving athletic scholarships.[2] His athleticism and perseverance made him an Olympic hopeful for the 2020 Tokyo games. He then qualified for the Guatemalan Olympic Team. The travel restrictions in DACA haunted him, as his Olympic dream was in jeopardy.

“DACA takes away my freedom of ever leaving the country and be able to come back in… It would be an honor and a privilege to represent my home country but also be able to be a voice and represent over 600,000 Dreamers like me.”

After petitioning the United States Citizenship and Immigration Services, he received approval for reentry and embarked on his Olympic journey. Grijalva finished 12th in the Men’s 5000m Olympic finals and was able to return to his family in the United States.

Grijalva’s story represents thousands of immigrants who seek freedom and equal rights in the United States but are hindered because of their status. DACA allows for more opportunities and freedom, but as its future remains uncertain, it is important that our community continues to call for more permanent solutions for undocumented immigrants.

Your ticket for the: Luis Grijalva: A Dreamer in Tokyo

Luis Grijalva: A Dreamer in Tokyo